Hey Everyone, I am Vikram Salunke and welcome to our brand new course on Python for InfoSec.
This is the first video in the series. So, this course is going to be for pentesters, defenders, reverse engineers exploit developers, forensic analyst etc. We will write tools from the scratch and we will see how to write script to automate our attack.
Python is called Hacker's Langauge. Most of the tools are written in Python. Python is simple and easy to learn and there are hundreds of third-party libraries available which will help you to build your own tools.
There are hundreds of tools already exists but learning python will help you in difficult cases where those tools fail.

Python is an interpreted language different than compiled. language such as C. Let's see what do you mean by compiled and interpreted. 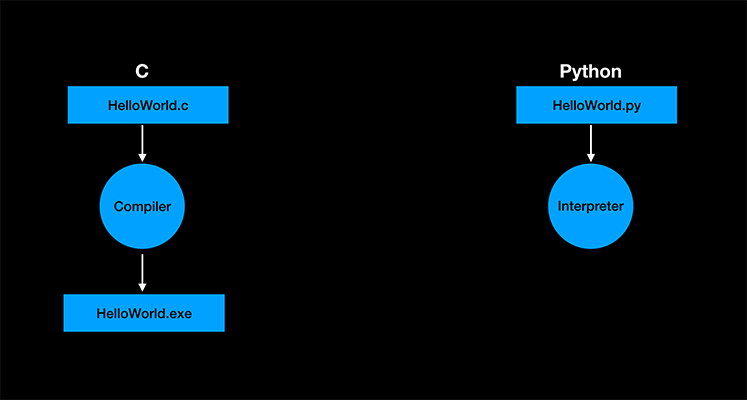 Now for example there is source code file HelloWorld.c
compiler will take this file and produce binary such as HelloWorld.exe
That can execute natively with the operating system without any further assistance from compiler language.
In the case of Python, imagine there is a file HelloWorld.py interpreter processes that script.
During execution of that script interpreter must be installed when you want to run the script.
And another thing about Python is it doesn't processes entire script at once that means it reads the first line - execute it and then move onto the next line.