Hey Everyone,I am Vikram Salunke and welcome to Python for InfoSec.
This is part 5 and in this video we will see Strings.
So, basically strings are collections of characters.
Strings are either enclosed in with ' (single quotes) or " (double quotes). 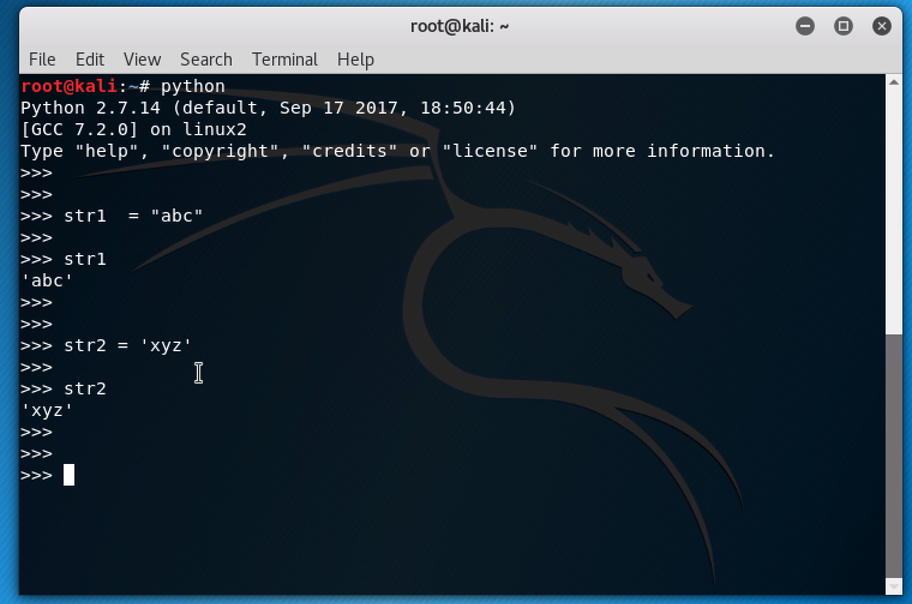 In this example, we are defining string abc in " (double quotes) and xyz in ' (single quotes).
This will allow you to use quotes and apostrophes within strings.

str = 'He said, "Python for InfoSec is one of the best course!"' 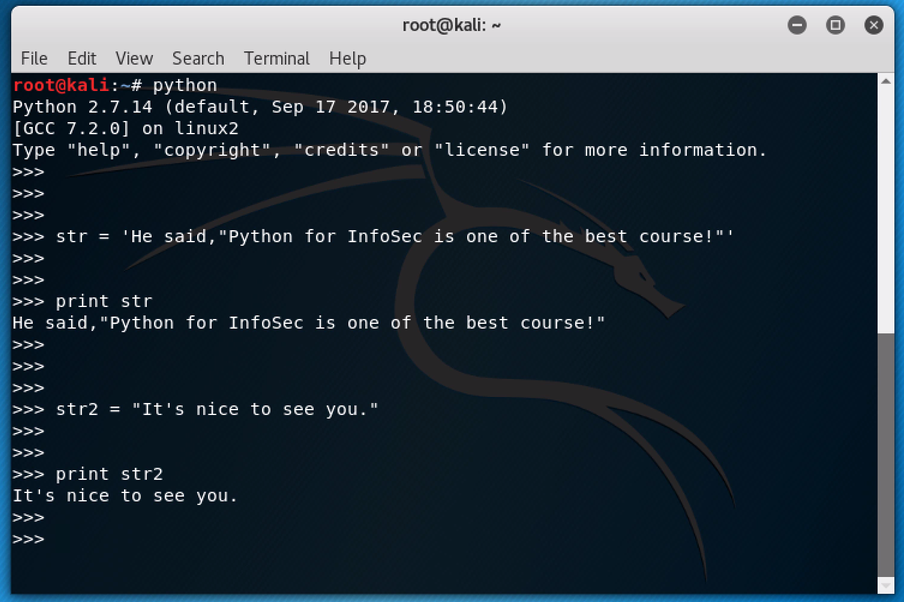 ok, now we want to concat these two strings.
for this we will use + operator 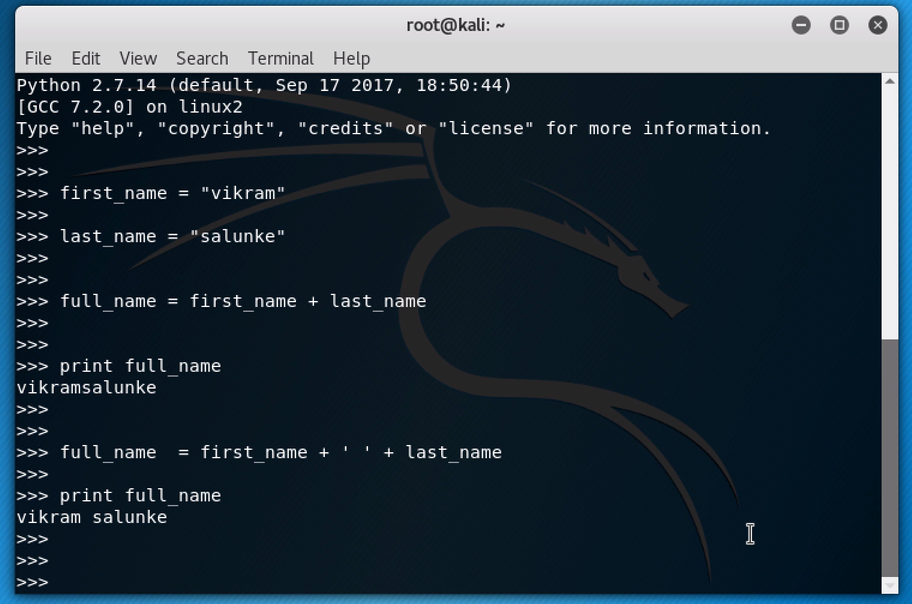 So, we have used concatenation
Now let's put space in between for that we will use

So, we have used + operator to combine two strings.

So, \t is inserting a tab here 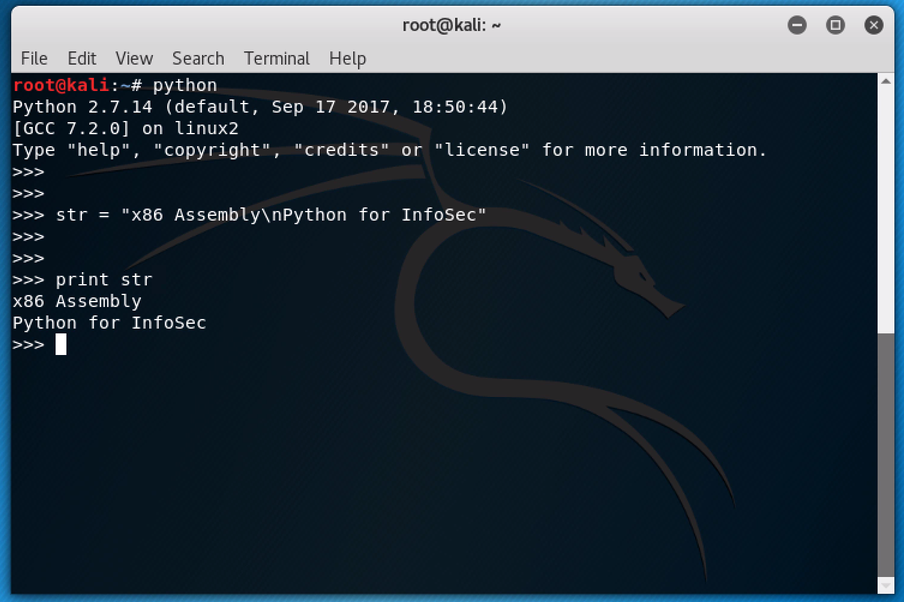 ok, so Python for InfoSec is on a new line because we have used \n here.