Hey Everyone, I am Vikram Salunke welcome to the x86 Assembly course.
So, in this course we are going to focus on 32-bit systems because there are still plenty of 32-bit system available and it will be easier for us to move onto the 64-bit systems. 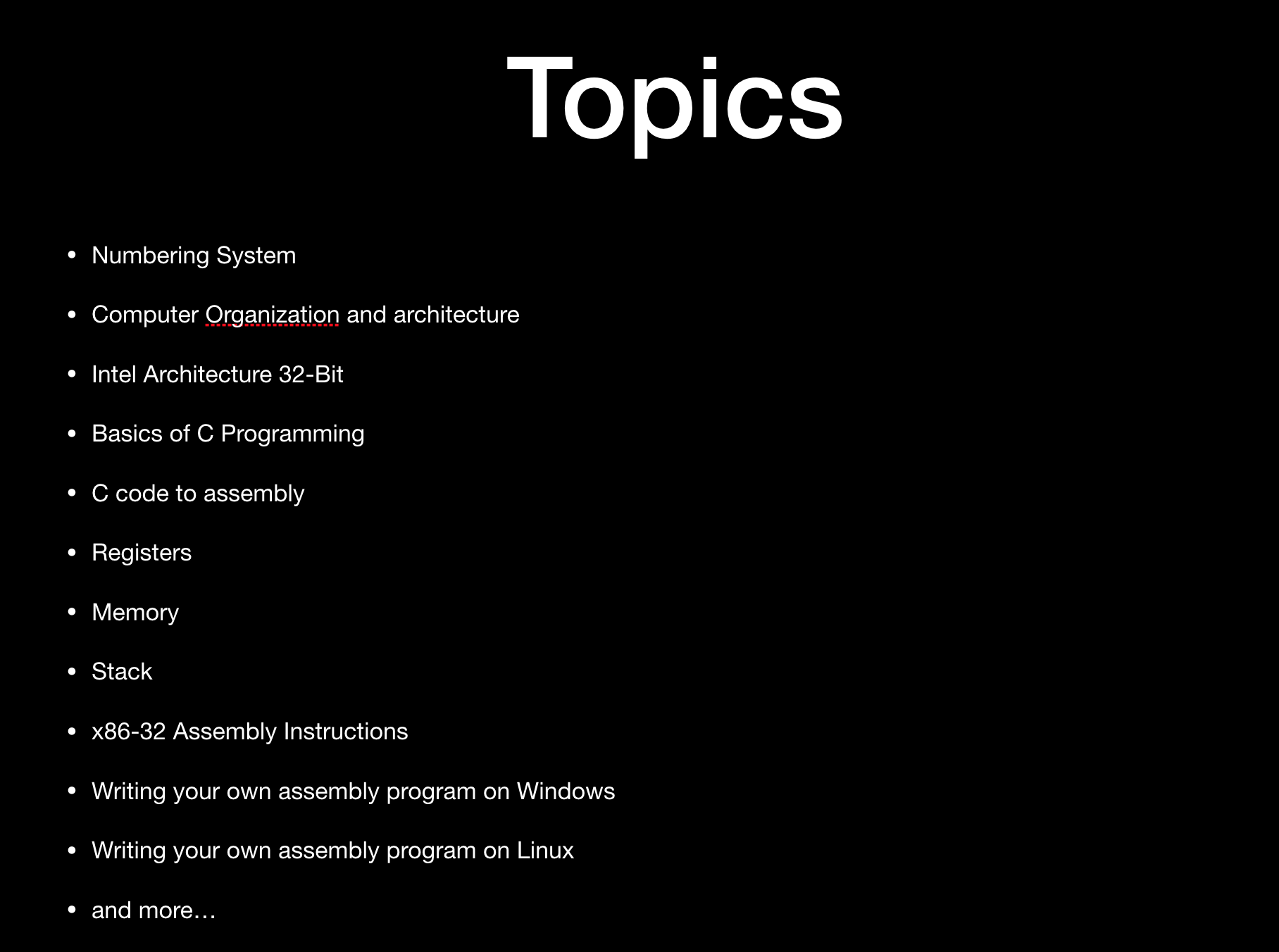 We will start with Numbering System.
First numbering system is Decimal system, then Binary System and last one is which we are going to look at is hexadecimal system. 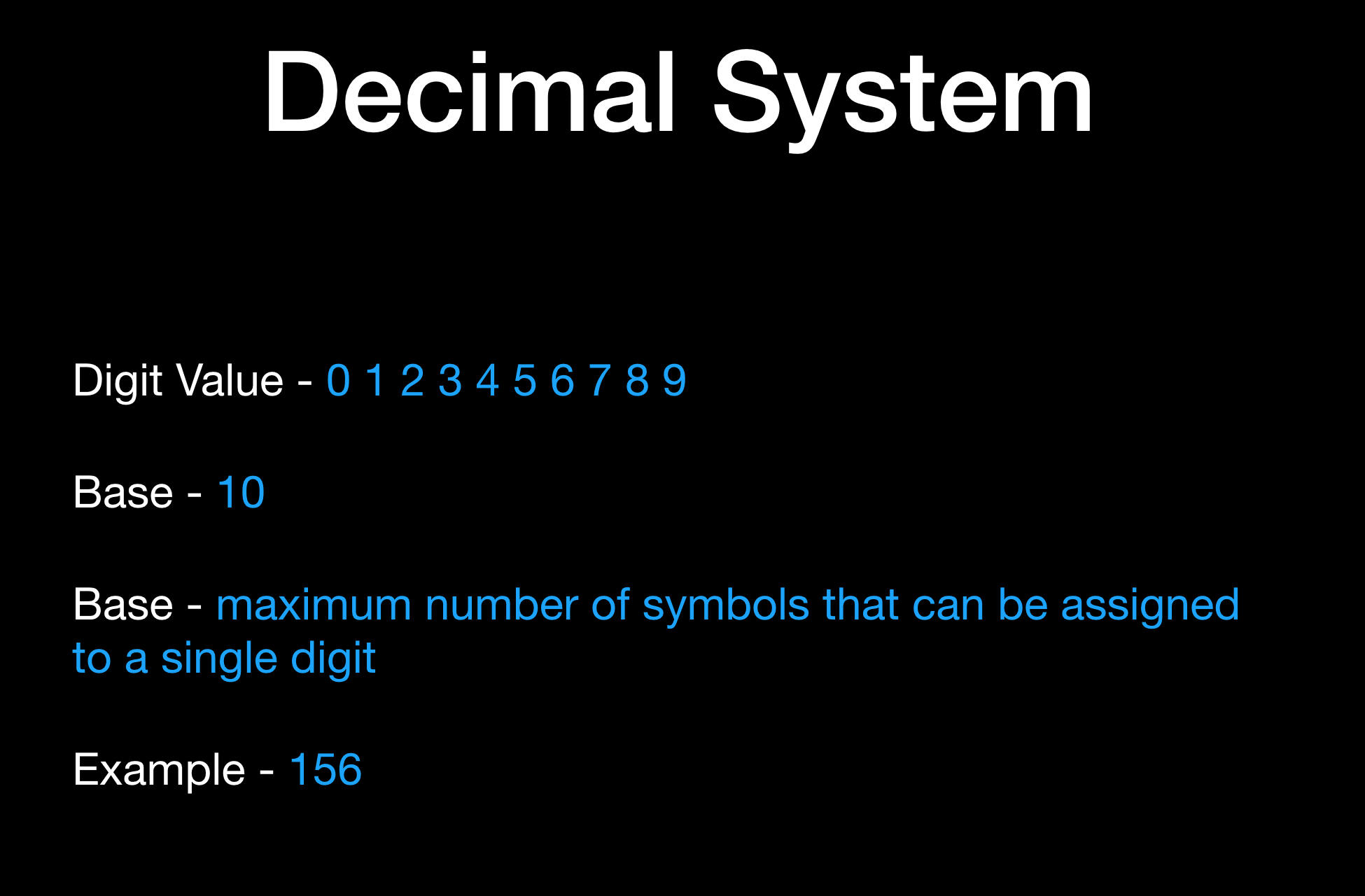 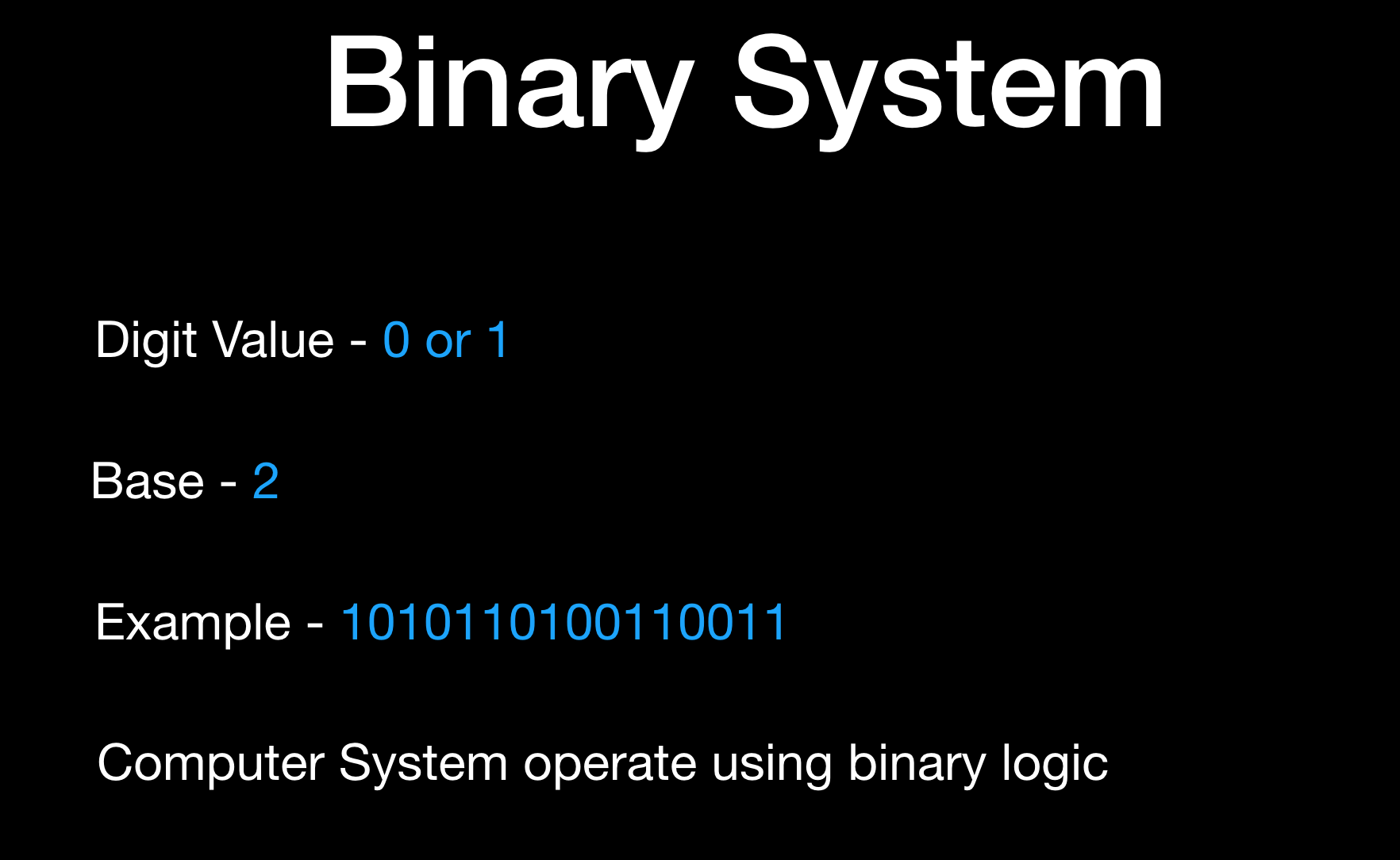 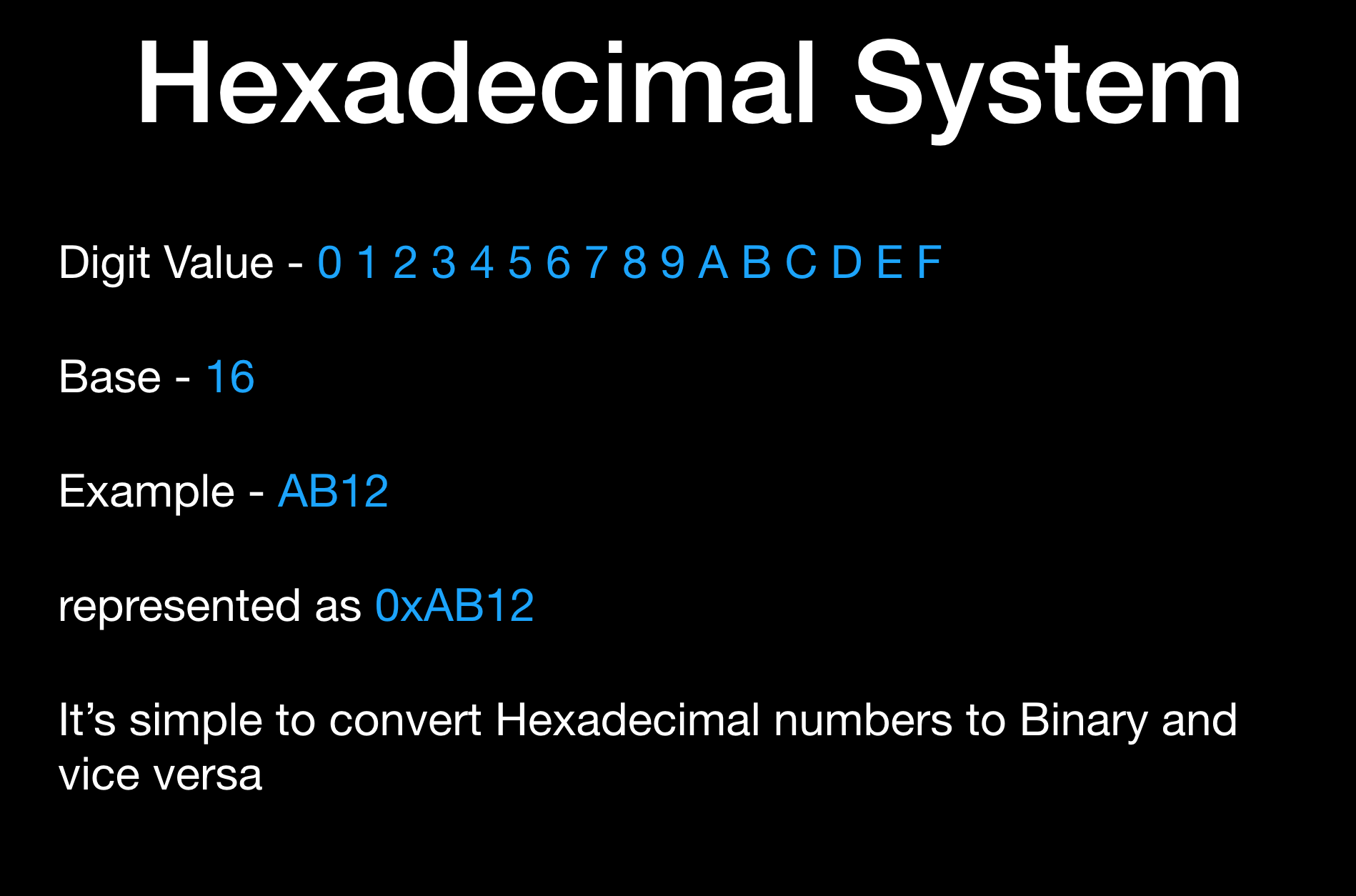 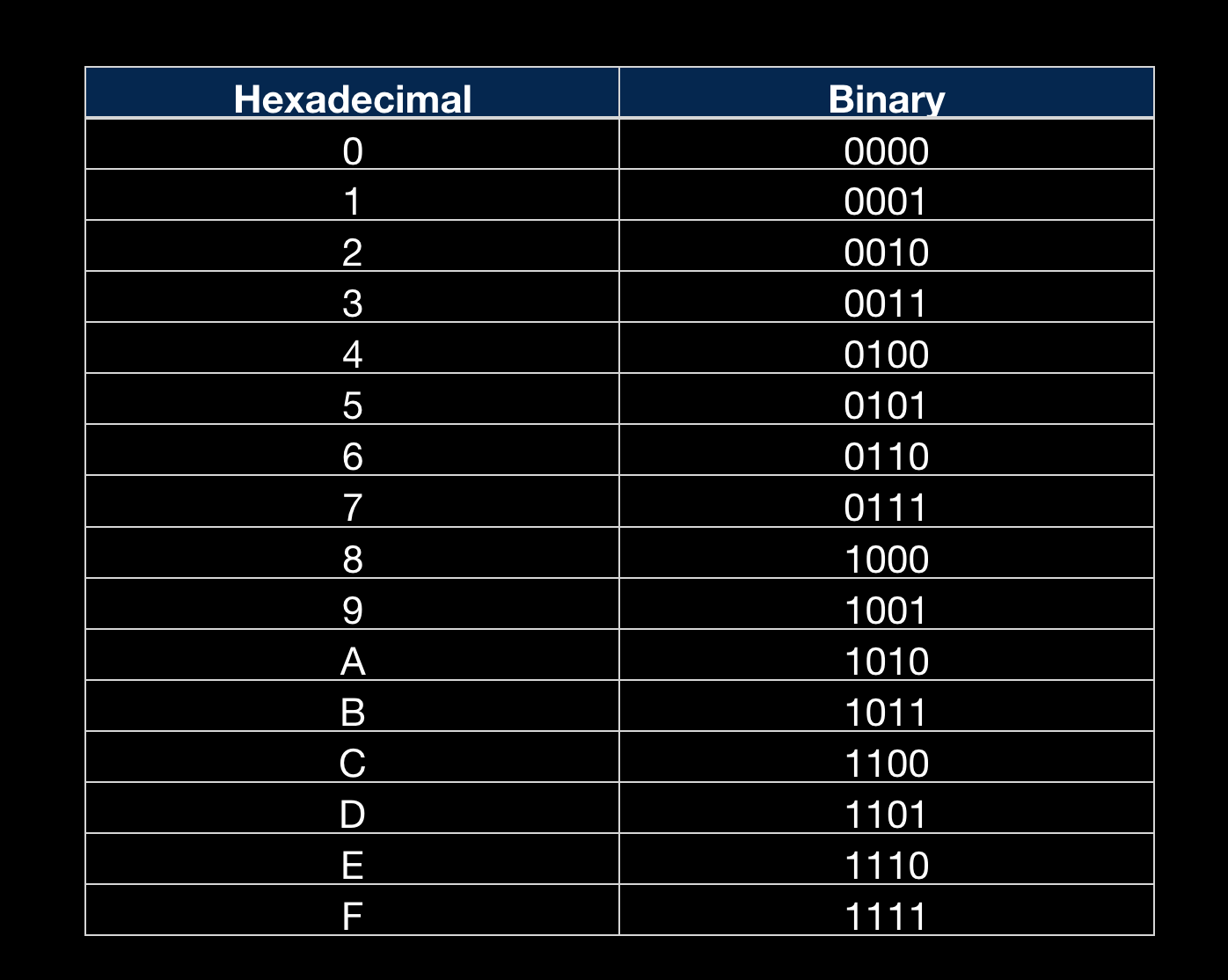 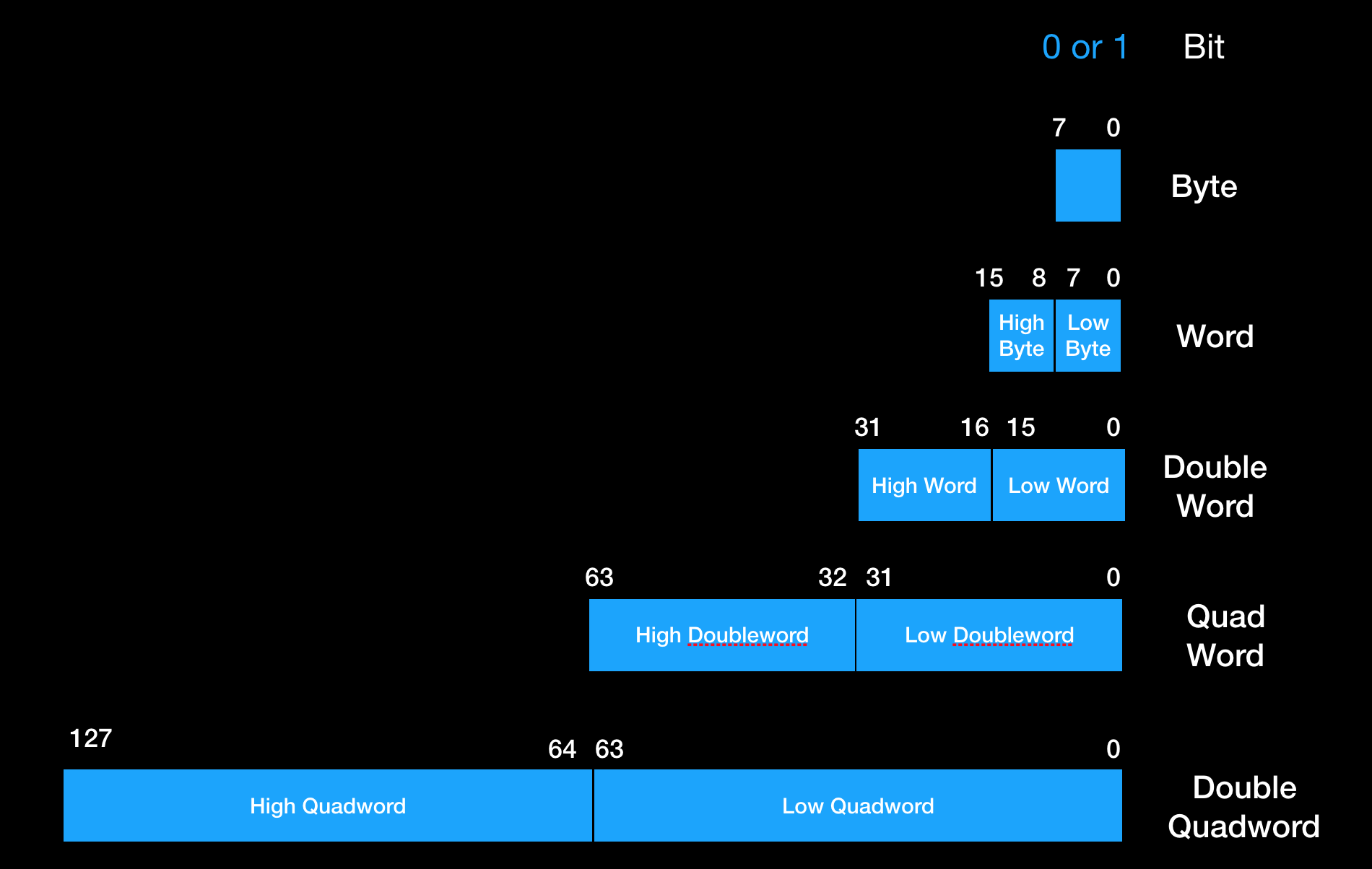 we will move onto Data Types.
The first data type is bit it's either 0 or 1
second one is Byte, 8 bits equal to 1 Byte
similarly, 16 bits is 1 Word
32 bits is DoubleWord
64 bits is QuadWord
and 128 bits is DoubleQuadWord. 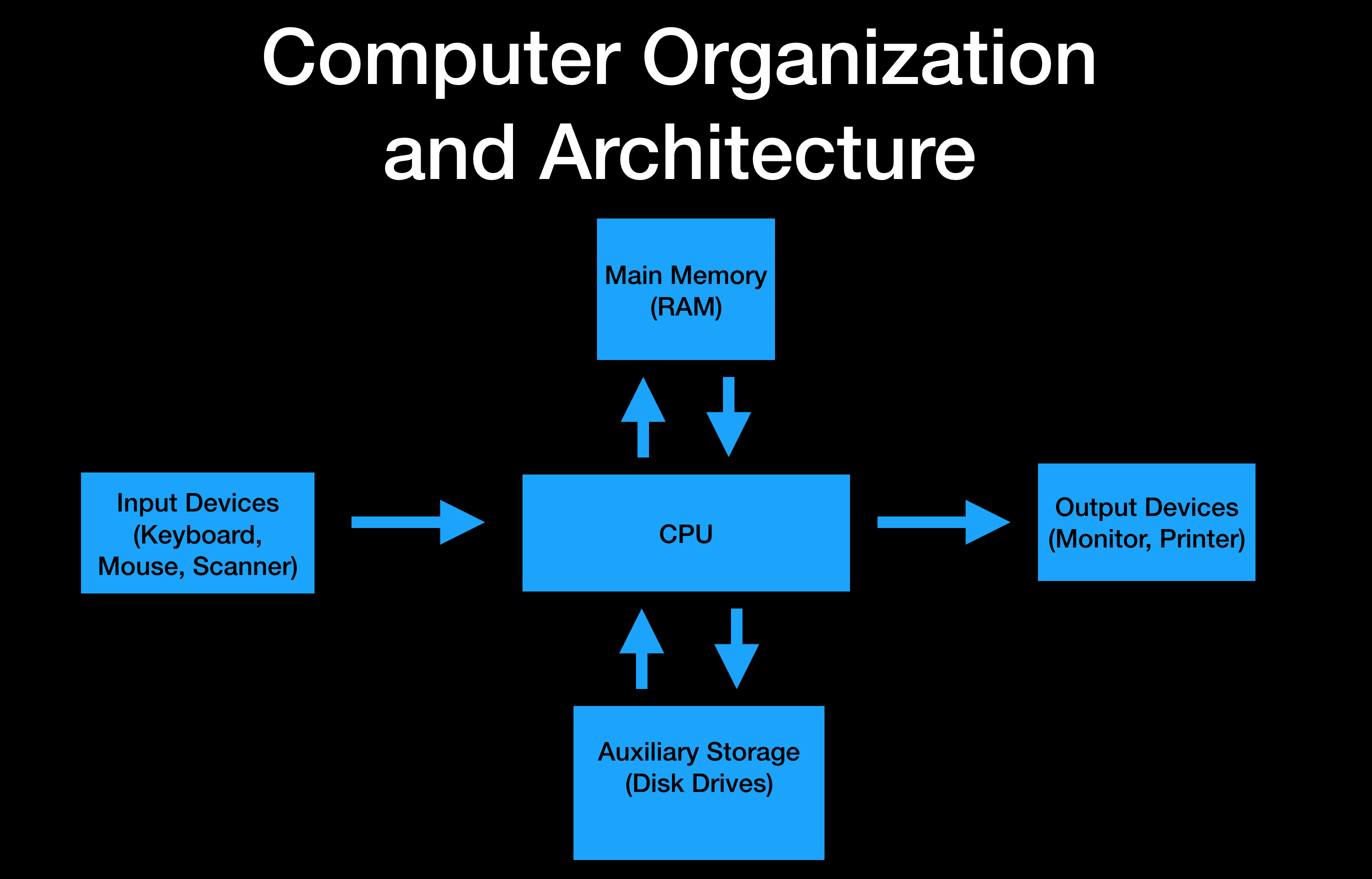 Now, we will move onto the Computer Organization and Architecture.
Most important part in computer organization and architecture is CPU. CPU is a brain of a computer another part is Input Devices such as a Keyboard, Mouse, Scanner etc.
Then comes Main Memory known as the RAM
then comes the Output Devices such as Monitor and Printer etc.
and last one is Auxiliary Storage Disk Drives such as Hard Disk Drives HDD etc. 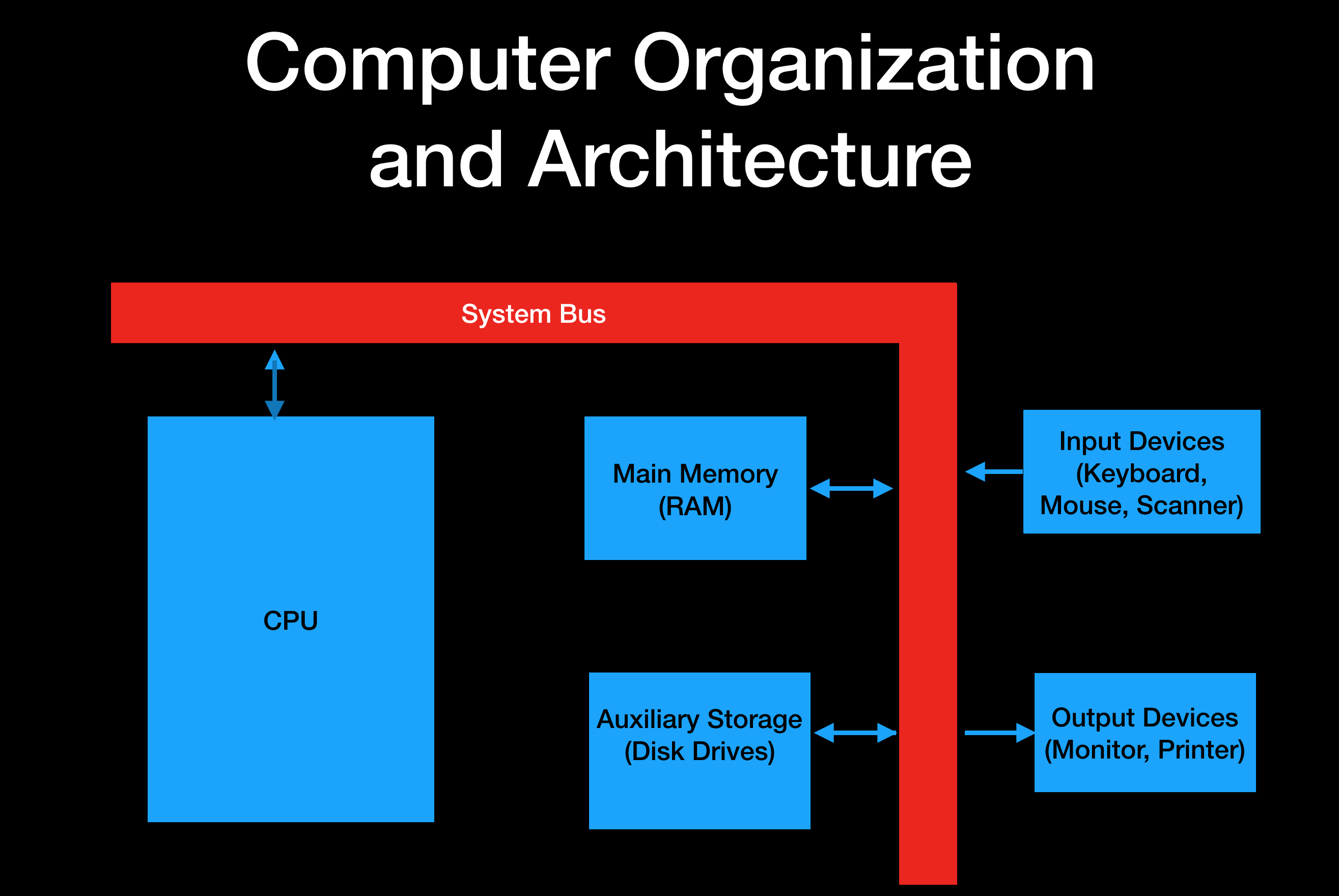 These all parts are connected by System Bus.

Now we will look at the Registers.
What is a register? register is a small memory storage built into processor it is a volatile memory.
x86-32 system has 32 bit registers
x86-64 systems has 64 bit registers. 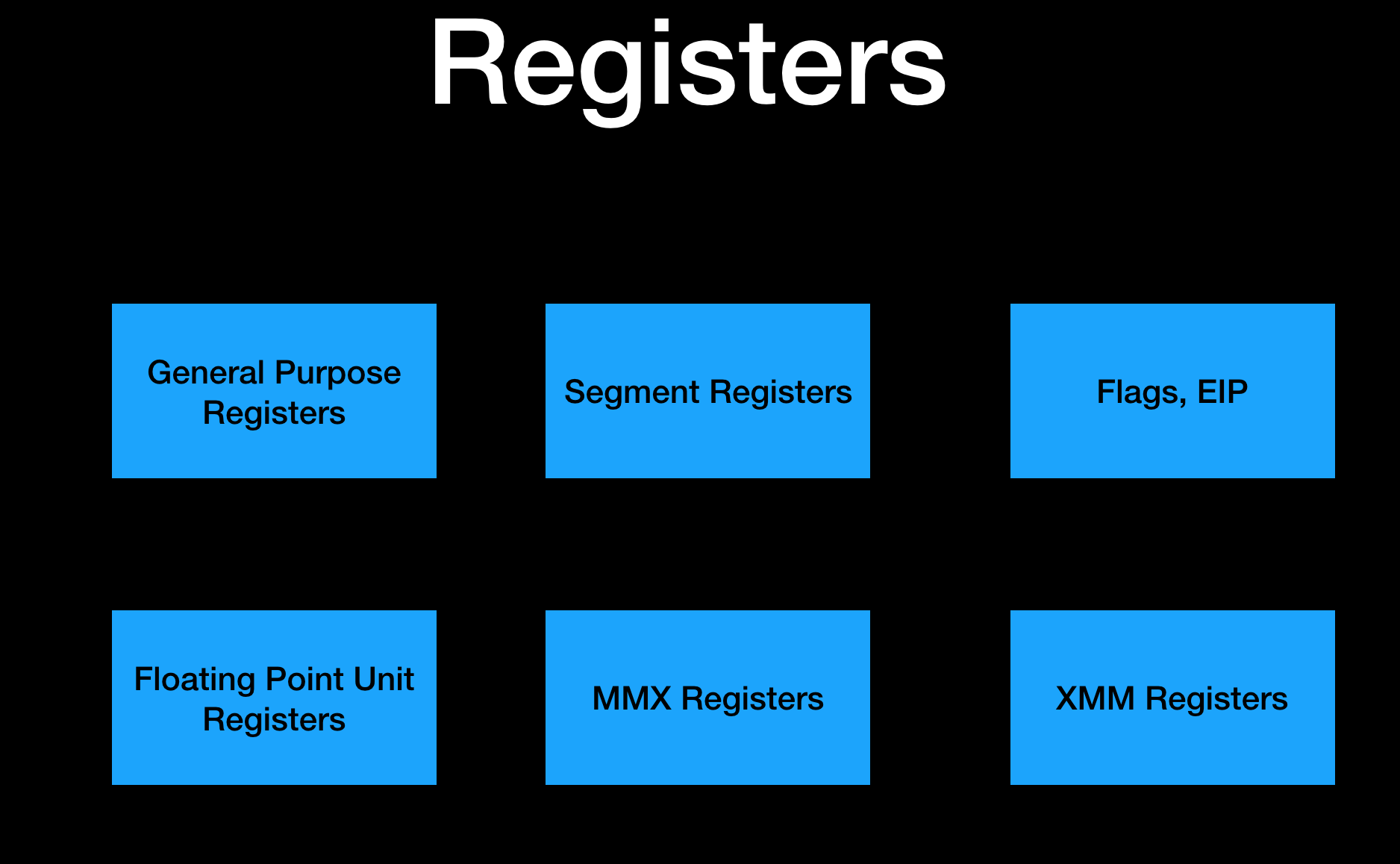 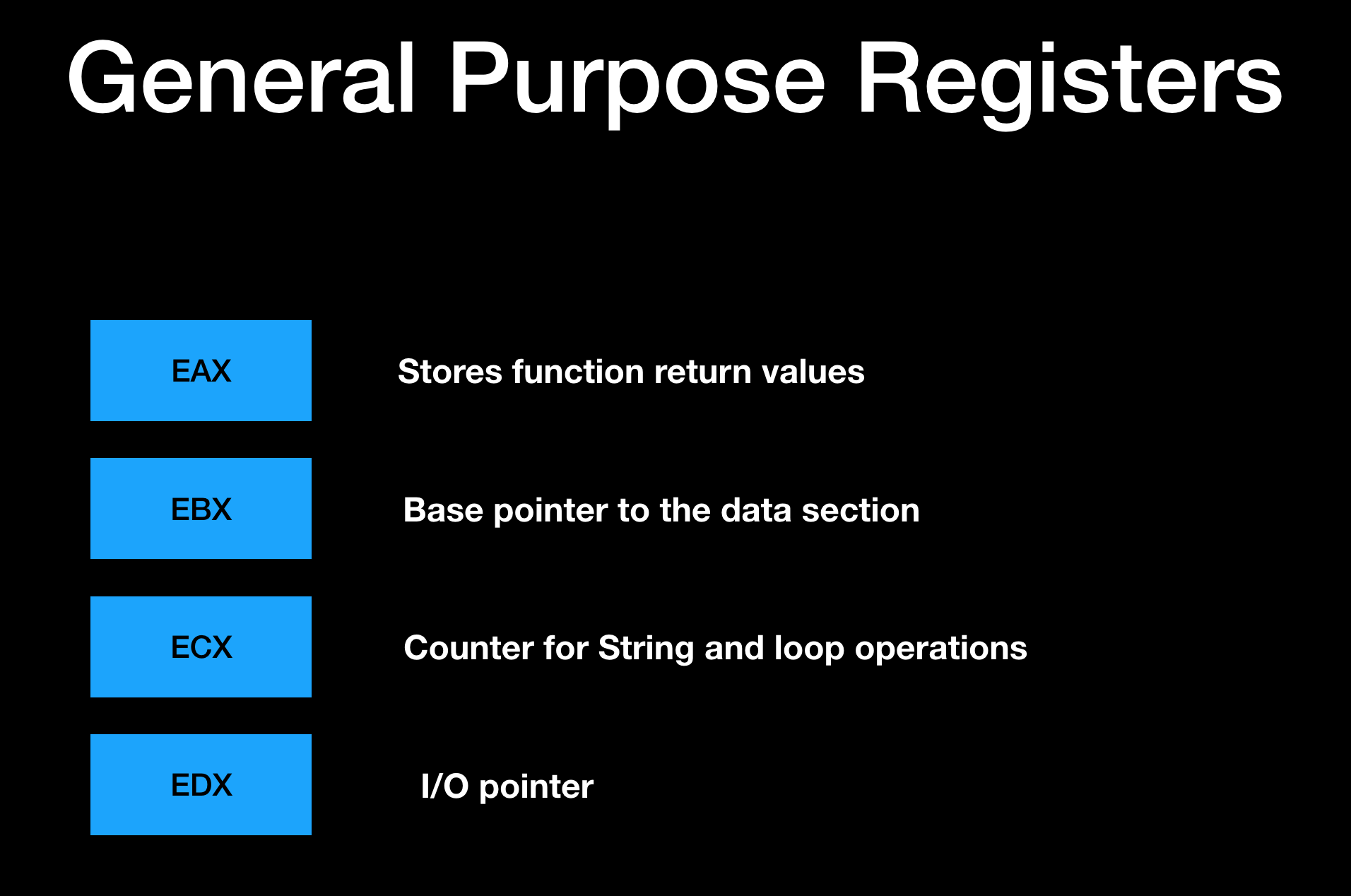 So, first we will start with General Purpose Registers.
EAX register is used to store function return value
EBX stores base pointer to the data section
ECX is a counter for a String and Loop operation
EDX is a I/O pointer 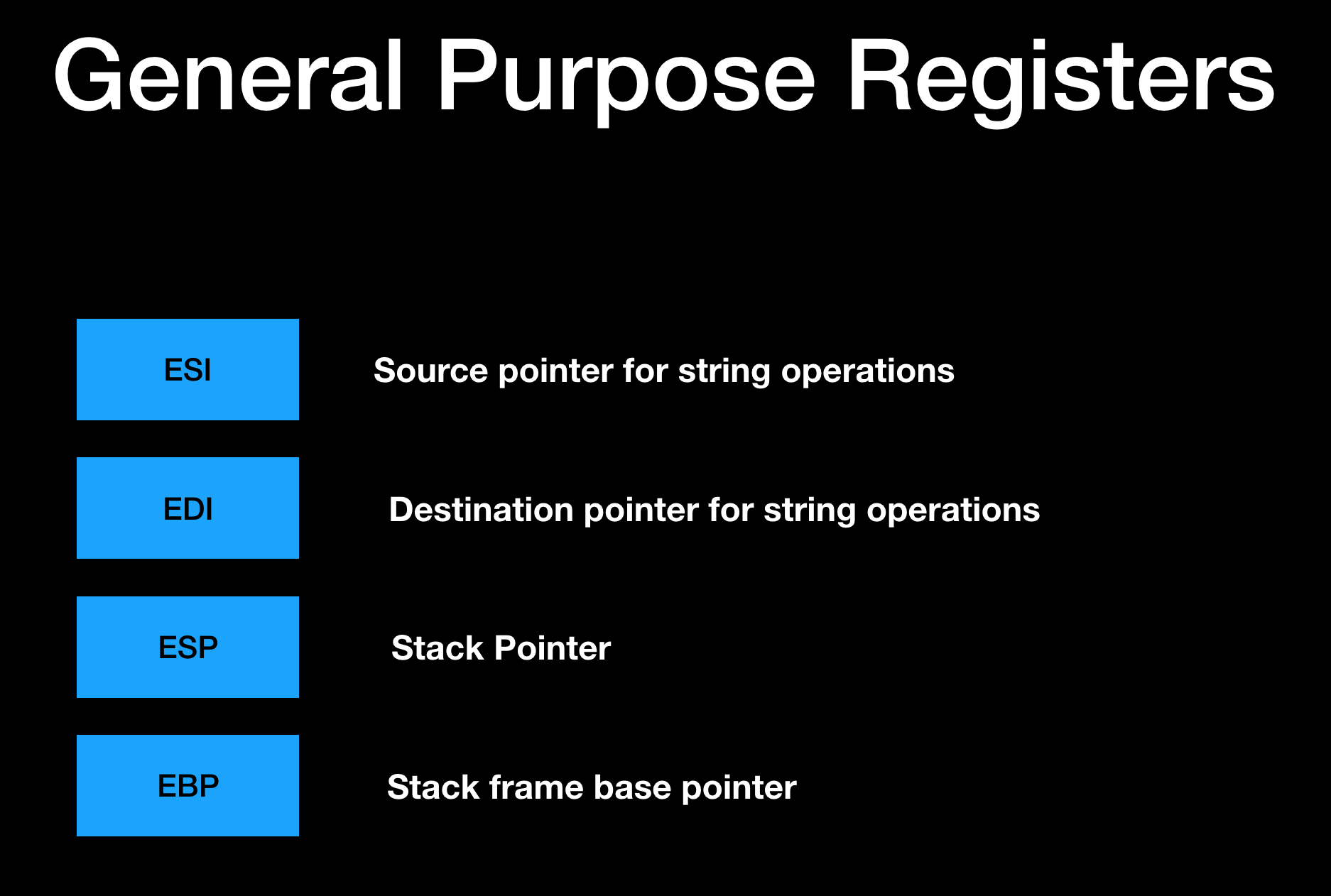 Next we will look at EIP. EIP stores the pointer to the next instruction to execute known as the instruction pointer. 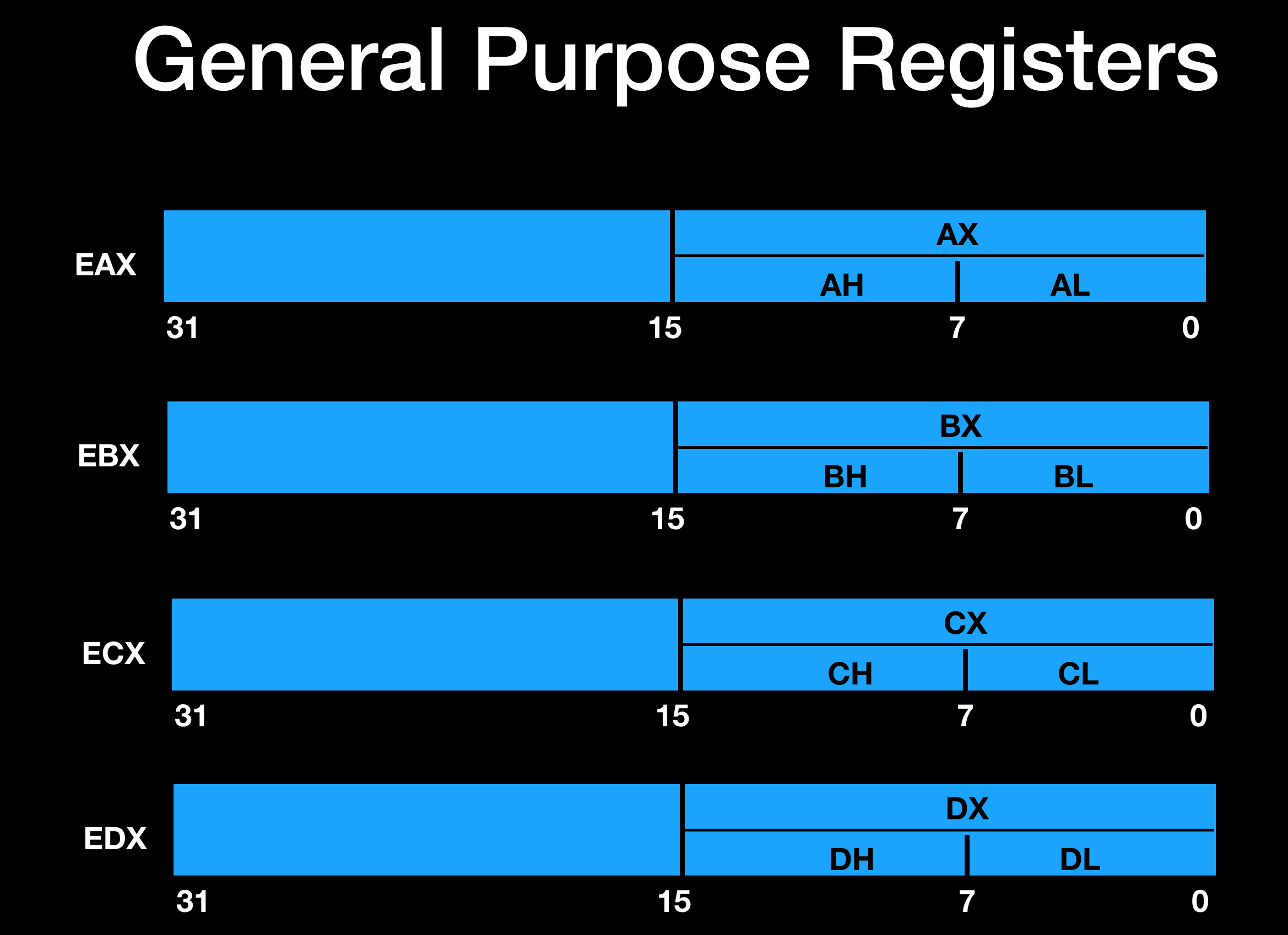 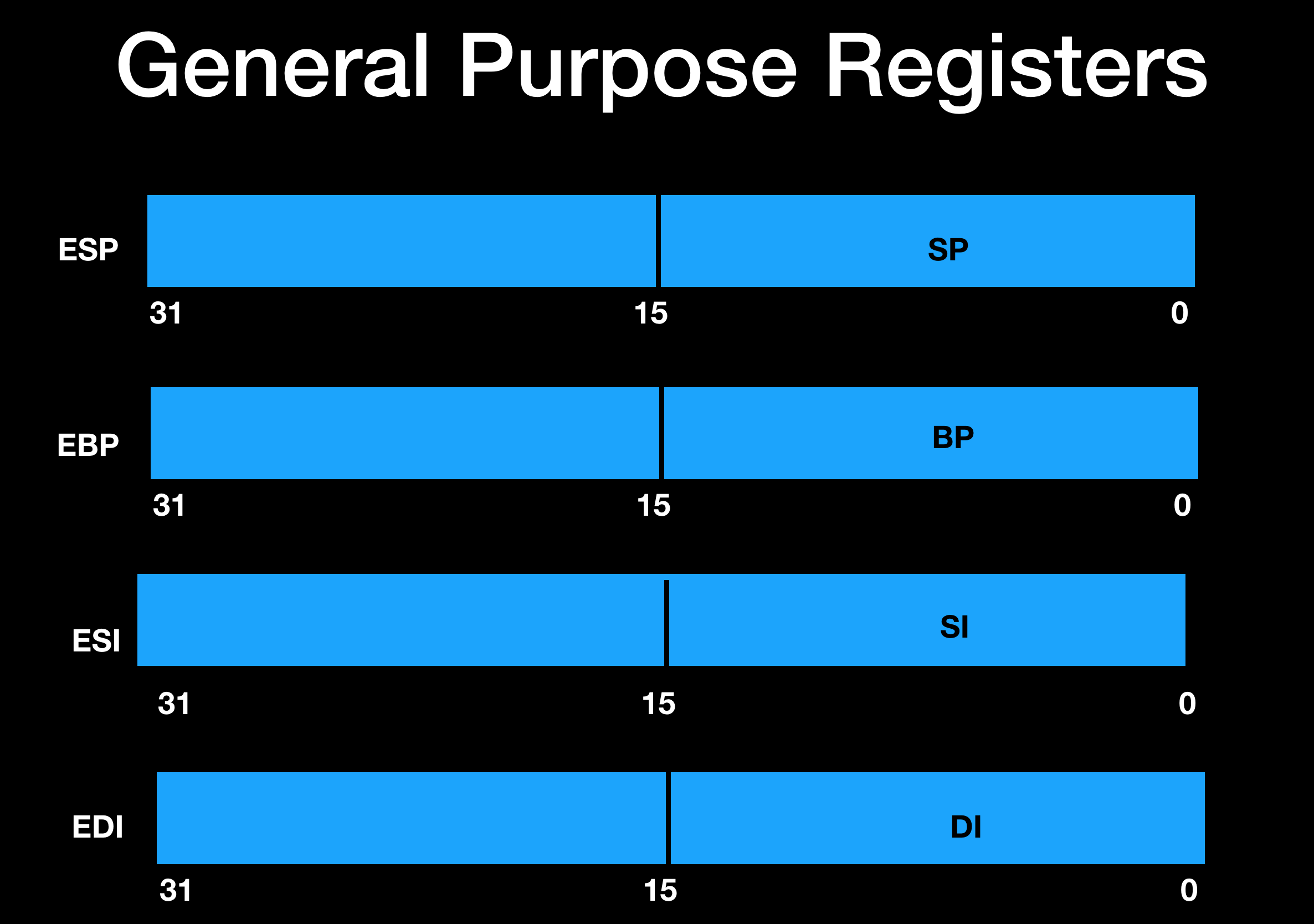